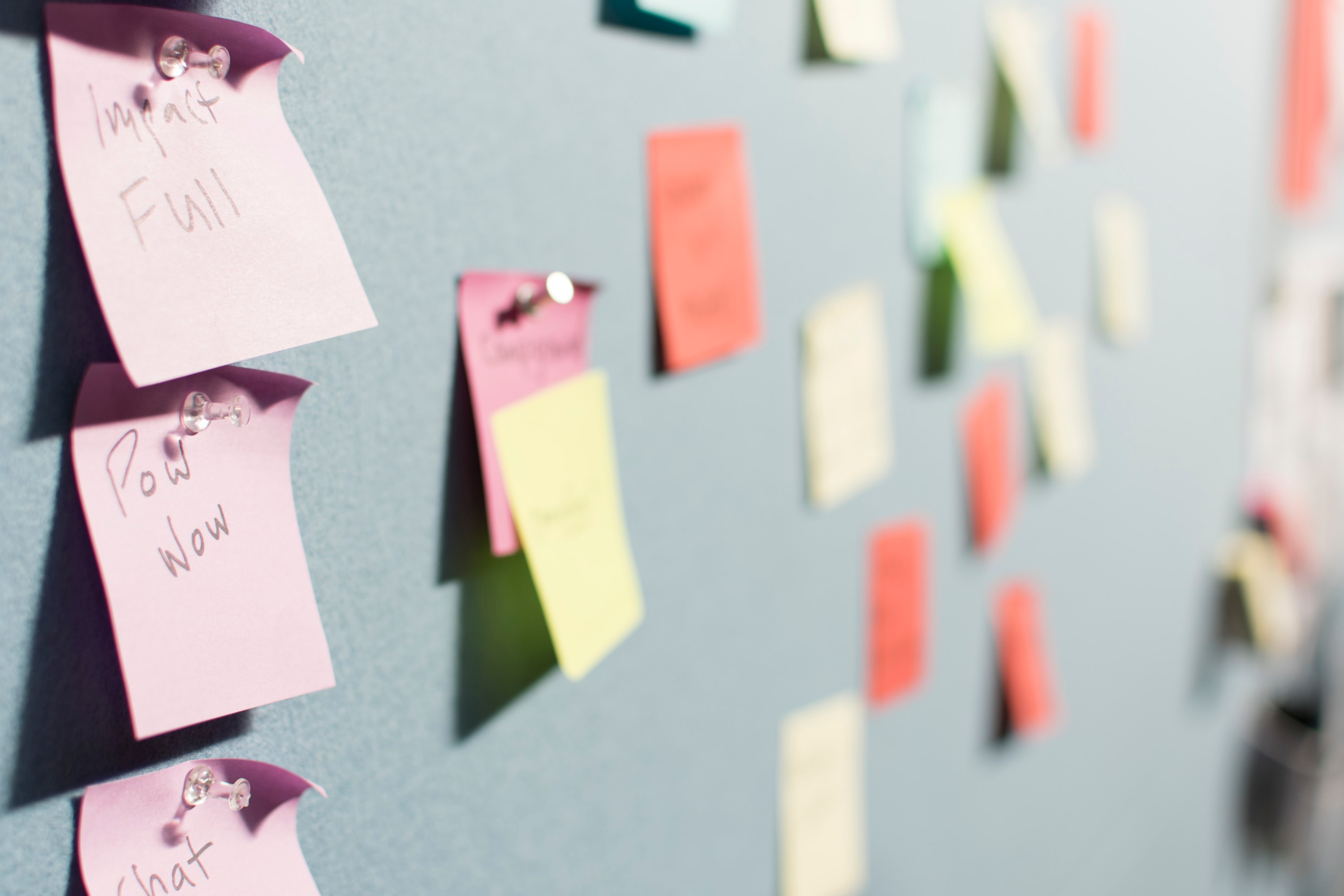 For the evaluation of soil functions, the specifications of the Federal Soil Protection Act (§ 2, para. 2 BBodSchG) are fundamental. A distinction must be made between the “natural soil functions” and the “archive functions”. The subject of this study is the natural (partial) functions of the soil.

The subject of this study are partial functions of the soil in the water cycle.

Soil consists of many mineral particles, between which there are cavities called pores. The size of the pores varies depending on the grain size and the structure of the soil, which is essentially a consequence of the activity of the soil organisms. The pores are filled with either air or water. Depending on their size, they allow the rapid transport of water to deeper layers or store it as soil water. A soil consisting mainly of sand transports water quickly and therefore can store little soil water for plants. In contrast, a soil composed primarily of finer-grained silt has many medium-sized pores that can store water for a long time. Thus, the water storage capacity of a soil depends largely on the soil type. Because soils can store water, they release rainwater to streams and rivers with a delay, thus reducing the risk of flooding. However, this so-called retention of water is only possible on undeveloped soils. Undeveloped soils are also the prerequisite for groundwater and our supply of drinking water. Built-up and sealed soils can no longer fulfill these regulatory functions in the water balance.

Schematic representation of soil as a water reservoir

Soil is capable of filtering, neutralizing, and binding chemical elements and compounds that are carried in with rainwater. This applies to both nutrients and toxic substances. In this way, soil prevents the transport of pollutants into the groundwater and thus, in the long term, into our drinking water. The filtering capacity of a soil depends on the grain size composition, the amount of humus and the level of pH. During filtration, pollutants and generally all elements and compounds dissolved in soil water are bound to humus and clay particles. This means that a soil with high proportions of the grain size clay can filter much better than a pure sandy soil.

The heat stored in the soil and the evaporation of soil water controlled by plants affect the air temperature and humidity on site. The temperature difference between developed and undeveloped soil surfaces is immense. A vegetated soil provides significant cooling via evaporation. In addition, a vegetated soil heats up less than an asphalt surface. The effect is very noticeable on warm summer days in parks or in the forest.

First, mapping and analysis of land use/siltation was conducted through aerial photo interpretation and tapping of area percentages in www.tim-online.nrw.de. 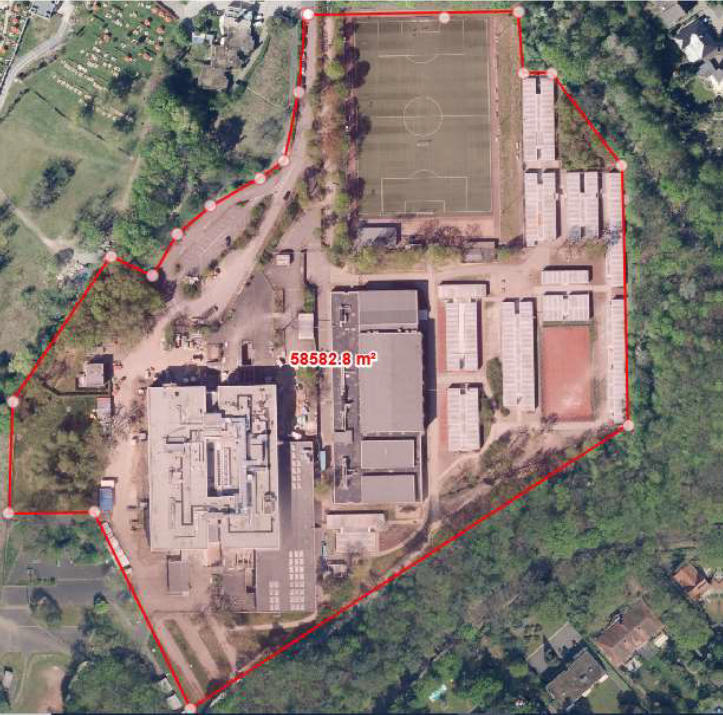 Total area of OHS with locations of sampling 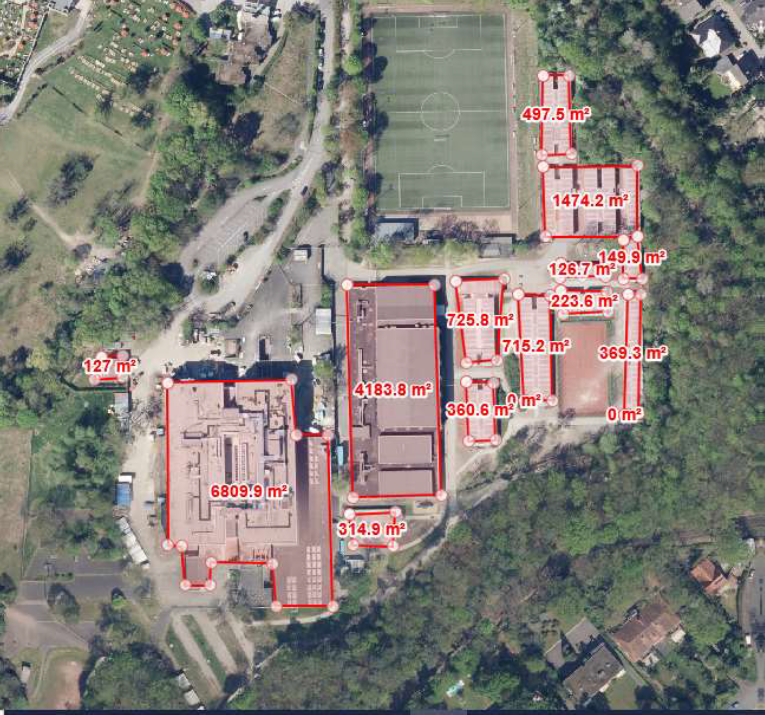 Sealing due to traffic/parking areas 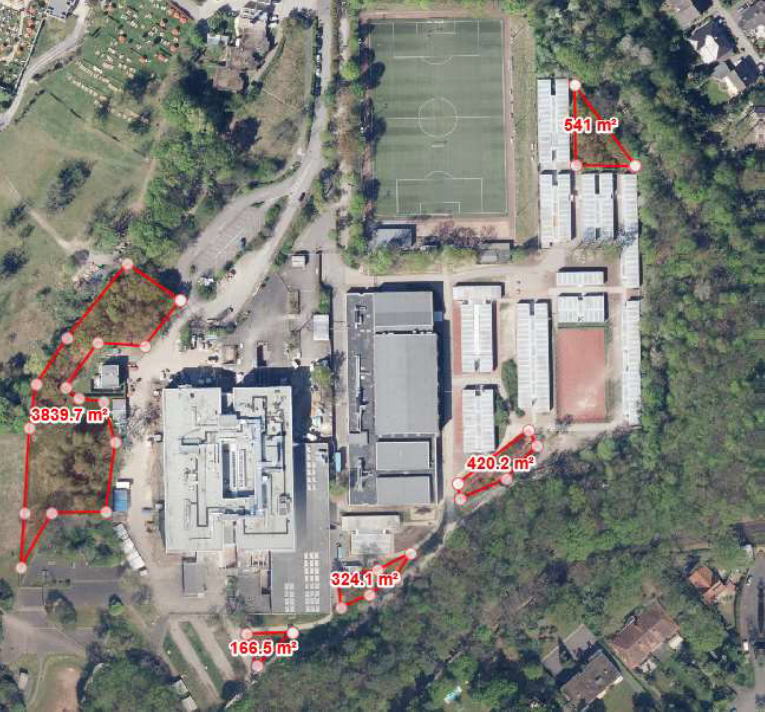 Analysis of the land use

The following ratios of sealed to unsealed areas and the degree and type of sealing on the Otto Hahn Schools site are obtained: 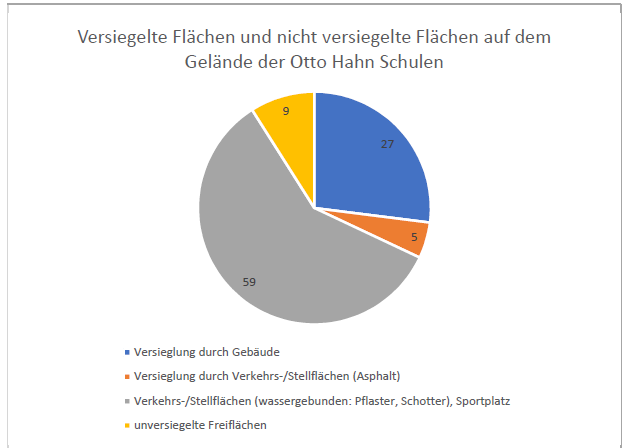 Based on the mapping, three soil samples were collected and the soil type, infiltration capacity, and soil temperature were subsequently investigated.

Summary and evaluation of the results

It has been found that almost 90% of the total area of the Otto Hahn schools is sealed, only just under 10% of the area can be described as true open space. A distinction must be made according to the type of sealing: completely sealed areas on which the school buildings are located and the teachers’ parking lot (about 30%) or paved areas of the schoolyards and open spaces (about 70%). The paved areas and the open spaces at least allow for a small amount of infiltration, in contrast to the impervious sealed areas. The condition and type of soil suggest that it is not soil in its natural state at all three sites sampled. All soil samples had a sand content of at least 75%. True multiple stratification, as a naturally grown soil would have, was not evident in any soil sample. Even in the open areas, the soil is not in its natural state. All of the soils on the Otto Hahn Schools site have been compacted, built upon, tilled, or sealed. Since all soil samples showed this human overprinting, the soils can no longer fulfill the natural functions in the water cycle, or at least only to a very limited extent. Overall, the high proportion of sealed areas and the condition of the soil on the Otto Hahn School site lead to the conclusion that the soil is cannot fulfill its natural function in the water cycle, or only to a very limited extent.

The problem is, on the one hand, the high proportion of sealed surfaces and, on the other hand, the condition of the soil. Starting here can make an important contribution to rebuilding the natural function of the soil in the water cycle. Therefore, portions of the school grounds should be unsealed. It is true that a school needs a schoolyard, which must also be paved or surfaced, but to a lesser extent. Other areas could be unsealed. For example, the teacher parking lot could be paved with grass pavers. Soil conditioning measures, including soil replacement, could be implemented in certain areas to create true open spaces with good soil. Good soil also allows for planting of trees and shrubs. More vegetation means more evaporative cooling.